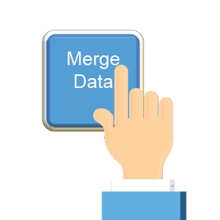 Many firms in the architectural and engineering (A&E) industry are using mergers and acquisitions (M&A) as a strategy to grow. As discussed previously in a blog by Mike Kessler, a firm must first choose the best fork in the M&A road to accomplish its goals. Once this path has been taken, a decision must then be made about which data to migrate and the steps to take for a smooth transition.

Deciding Which Data to Migrate

If you ask project managers which data is important to them, they will usually say all of it. However, is that truly the correct answer? Probably not. Depending on which direction your firm chose in the M&A process, there are many questions to ask. Something that may help decide which data to migrate is to determine who is responsible for the work completed prior to the M&A.

The answers to these questions, or even other scenarios, may place data requirements on how much data you bring in and at what level. Again, the amount of data to be migrated depends on which fork was taken in the M&A road and the organizational structure of the entity post M&A. After addressing which data to migrate, then you can move on to the how.

Options for Migrating the Data

So, now that you know which data to migrate, how are you going to do it?

Before providing the migration options, please note that having knowledgeable personnel to assist in this process can save time and prevent frustration.

There are three options for data migration:

Once you have picked the migration option, you must decide what order to migrate the data in. This is important because every firm has critical processes and secondary processes that need data to function and keep the company running.

Here are some things to consider:

Regardless of which direction your firm takes in the M&A process, Full Sail Partners can offer help with your data migration decisions. Contact us and one of our subject matter experts will be in touch. Let us help you ease on down the M&A road.