We encounter many numbers throughout our lives. Over time, perhaps we learn which ones matter to us and which ones are just a number. So, when is a number just a number? One place to look is with Deltek Vantagepoint project numbers.

After working countless hours with firms for their Deltek Vision to Vantagepoint, some of the more engaging and attention-grabbing conversations include project creation and project numbering. It turns out some firms rely quite heavily on project numbers. While this is technically not wrong, it may just be causing more pain than value. Wait until your Vantagepoint users see how much easier things can be in Vantagepoint when you stop caring so much about the number.

The projects hub has expanded its use in Vantagepoint. It now captures the entire life cycle of a project - from pursuit through awarded and completed project. This means that a project number is assigned from the start.

Because of this, the project number initially created is just that-a number. It doesn’t really matter. GASP!

Project Numbers can now be “Dumb”

In the past, many Deltek Vision users set up “smart” project numbers. Other users may have used numbers so complex; they could call them “brilliant” numbers. Over time, project numbers were heavily relied on to tell a story of the year it was created, the client, the number of projects the firm had with the said client, and so on.

While some firms invested in scripting to automate the smart numbers, others had their staff complete forms to submit to accounting and perhaps a pair of employees was responsible for assigning the next project number based on a coveted spreadsheet. Get rid of the firm’s project setup forms forever with Vantagepoint!

Let the System do the Heavy Lifting with Autonumbering

Who doesn’t want to make their workday easier? One-way Vantagepoint helps with this is by setting up autonumbering. Deltek Vantagepoint project autonumbering, proper education and training can give users independence to enter and track their own pursuit and project efforts. Talk about streamlining processes!

The autonumbering feature in Deltek Vantagepoint automatically generates an identification number for new records, including project records. And, in the autonumbering setup firms can define the structure of the project number to match the business requirements.

A Deltek administrator can enable automatic numbering by going into Settings > Workflow > Numbering. See the screenshot below.

Then hover over the row of the system numbering format to update. For this example, select Project then go to the column called Auto Number Source. See in the screenshot below the various options to create an auto number source including Expression, Stored Procedure or Web Service.

Below is an example of using the Expression Auto Number Source. When that option is selected, there are a few options. First, is that autonumbering can be set up for Overhead, Promotional and Regular project charge types. Once the charge type is selected, the Project Auto Number Format can be defined by inserting a row for each component of the project number.

In the example below, this client wanted to show the year the project record was created in four characters, the next project in the sequence beginning at 439 with two leading zeroes, and, finally, a period followed by the project center level of office. 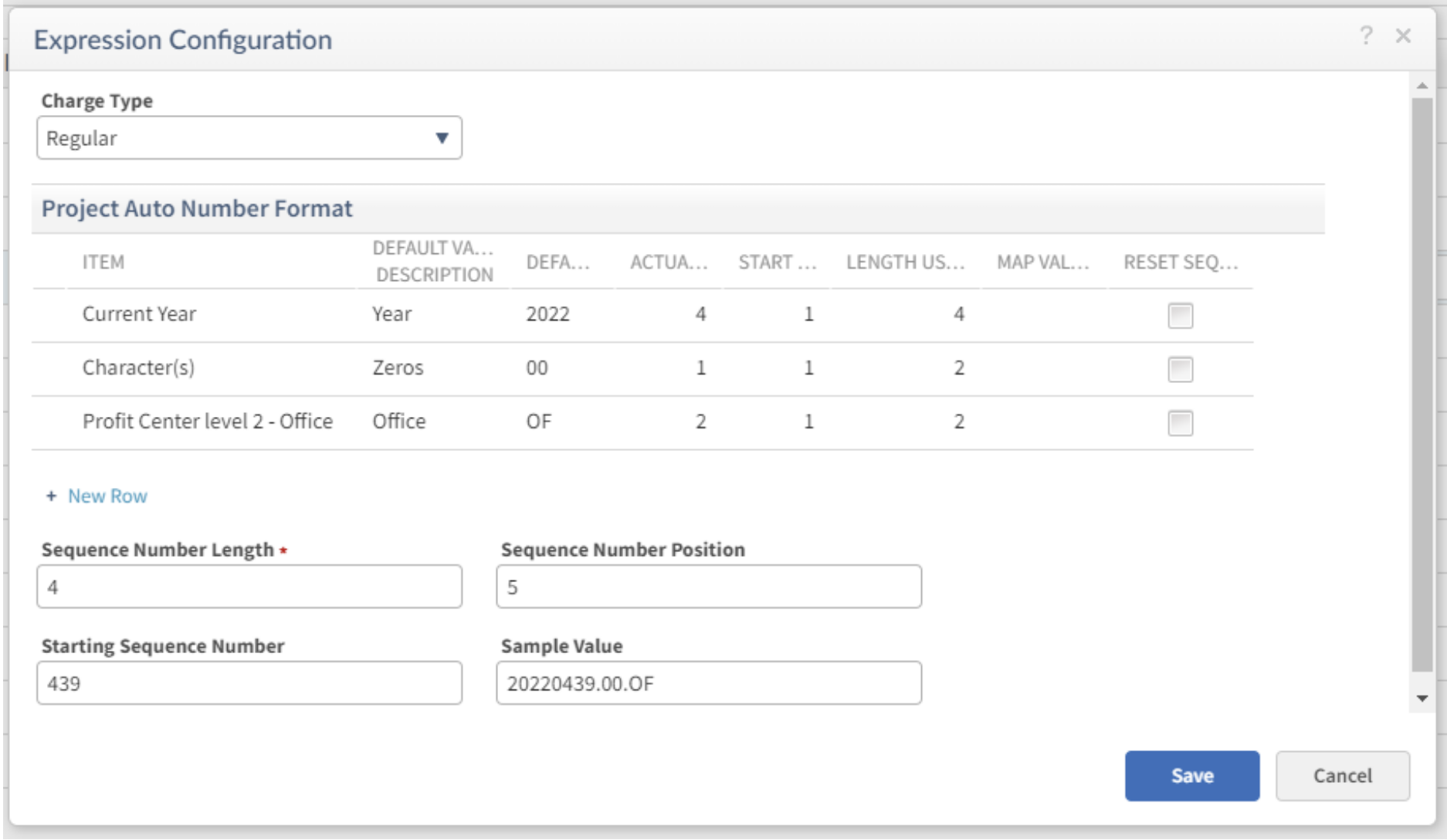 Below the Project Auto Number Format grid are a few fields specific to which row is highlighted. In this screenshot, the “characters” row is selected so it’s displaying that specific row’s sequence number length, sequence number position and starting sequence number, 439. As each row is built, the sample value field will update.

Once that is defined and saved, every time a new regular project is created, the number will automatically populate. Users won’t have to think about which project number to use next nor fill out a form to get the “next” project number from a separate log or notebook. See the screenshot below for how this will look for users.

Autonumbering is defined as a Regular project record. 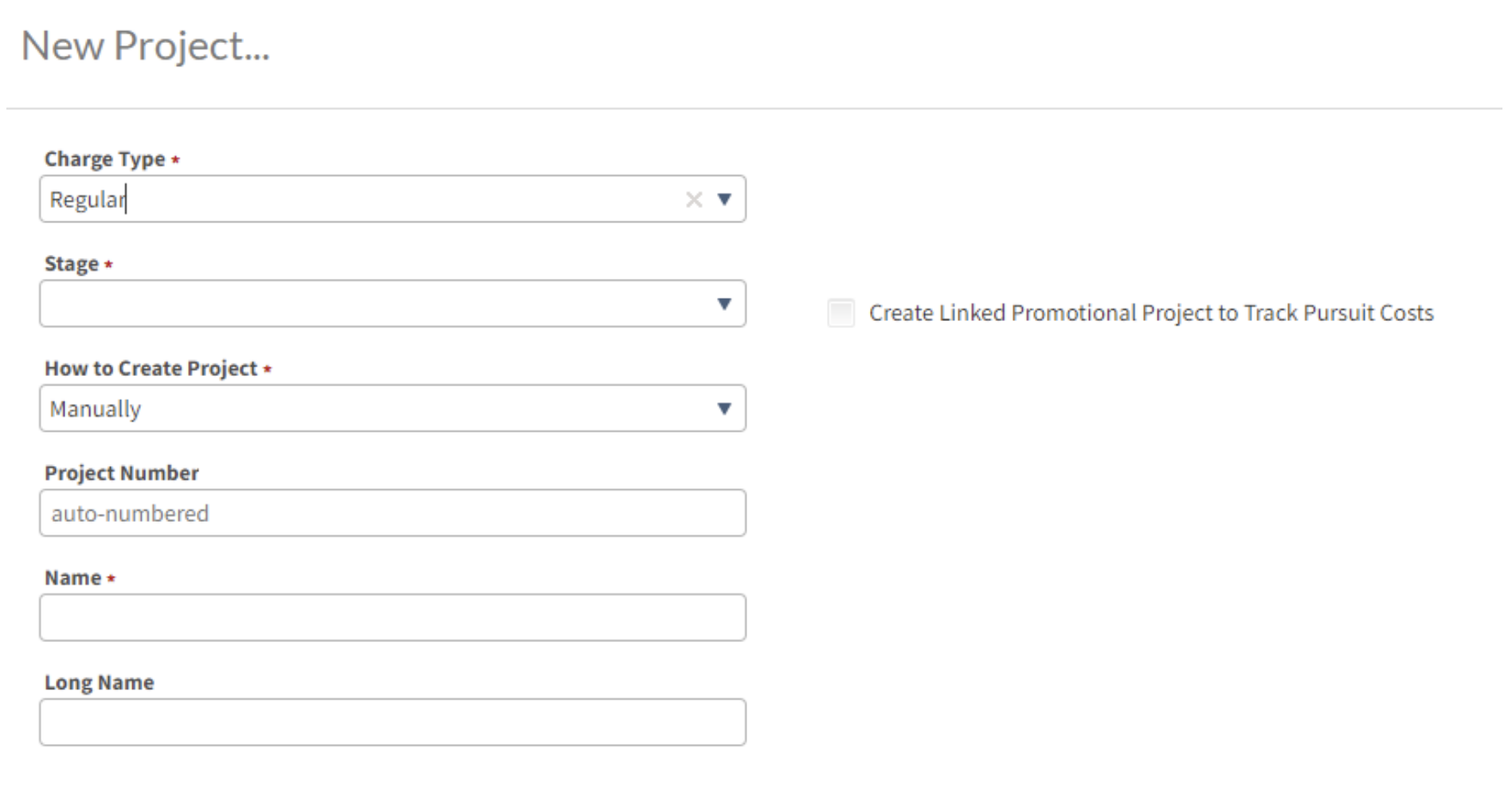 Autonumbering is defined as a promotional project record.

The autonumbering function is not just available for project records. Deltek Vantagepoint has made autonumbering available for employees, firms, marketing campaigns, equipment and user-defined hubs. And, other areas with numbers can be automated too including phases, tasks, accounts, units, accounts, vendors, company, office, discipline, and more!

Once you’ve crossed over to the autonumbering dark side, you’ll want to set it up for everything in Deltek Vantagepoint. Click below to learn more about Full Sail Partners Deltek Vision to Vantagepoint upgrade assistance services.